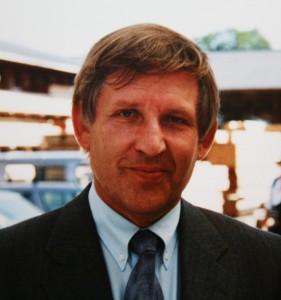 In 1971, Heinrich Cordes III took over the company finally at the age of 29 years. At that time, 15 people were employed already. Due to the great demand for timber construction and the additional production of free-standing truss constructions until 1980 the number of employees could be increased to 32 people.

In 75 years, from humble beginnings a company that ansteuerte a turnover of DM 4 million in its anniversary year 1980. In a period of profound, structural changes, Cordes Holzbau constantly faced with new competitive situations and adjustment problems – regardless of their size. In addition to the carpentry and sawmill in 1971 they used this self-supporting with the introduction of a new technology truss structures in GREIM construction. Thus cantilevered halls can create up to a span of 50 m. In 1978 the production of stationary wood trusses was also included in the production and delivery program. Both systems require significant investment. The delivery of the binder is produced mainly for carpentry companies. Prerequisite for the production of both systems is well-seasoned wood, which in turn 1979, the construction of a new warehouse for the episode.